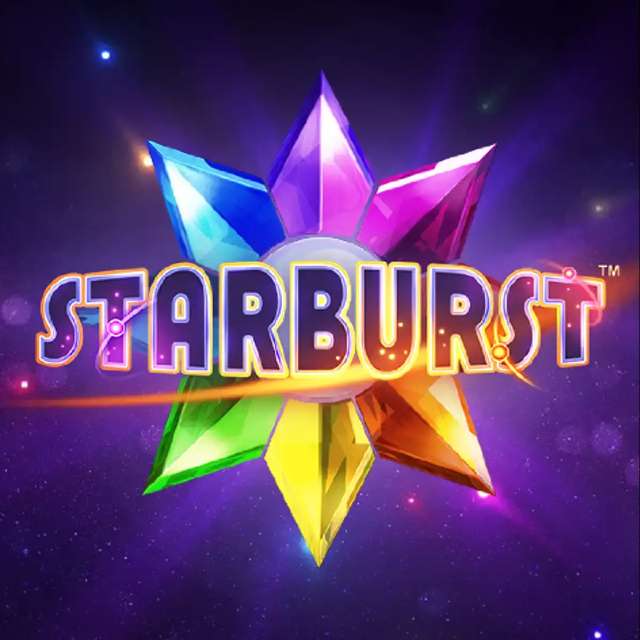 This slot has five reels, an RTP of 96.09%, 10 paylines that pay in both directions (unlike most slots), and brings a little touch of the old arcades. With a maximum payout of 50,000x, Starburst™ offers the chance for big winnings. Bets are adjustable via the Coin value and can be set between €0.10 and €100. The autospin feature lets you choose from 10 to 1,000 spins. The win and loss limits can also be set. Starburst™ is simply a timeless galactic adventure. Alongside the minor crystals, ranging from the purple square with 25x the bet to the yellow pentagon with 60x the bet for a full line, the slot also has two major symbols. The 7 already pays 120x the bet for a combined row. The highest symbol is the BAR, which can achieve enormous winnings with 250x the bet.

How to achieve the highest win in Starburst™

Starburst™ may not have free spins but does offer an impressive feature. The expanding Wilds can appear on reels 2, 3, and 4. When you get a Wild on one of the reels, the Wild expands across the entire reel and triggers a respin. Combined wins are paid both ways, from left to right and from right to left after each spin. If another Wild lands on one of the two other reels in the respin, it also expands over the entire reel and triggers a spin. This allows you to get a maximum of three Wild reels and three respins. If Wilds land on all three central reels, the pays-both-ways promises a huge win. 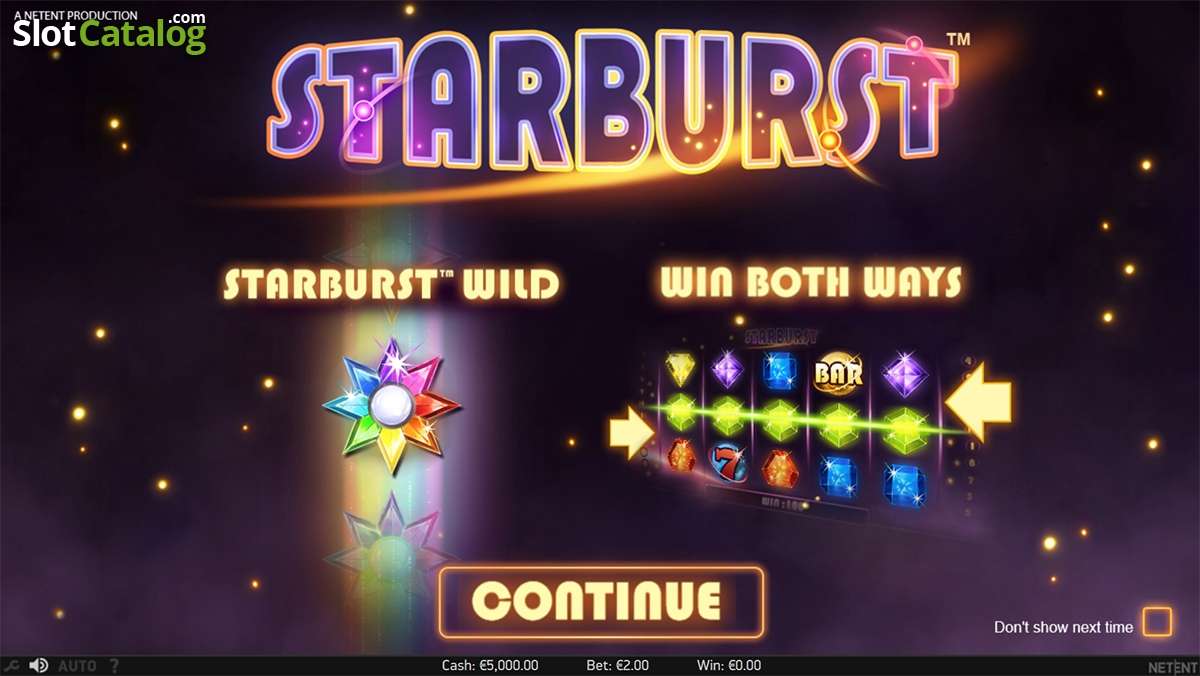 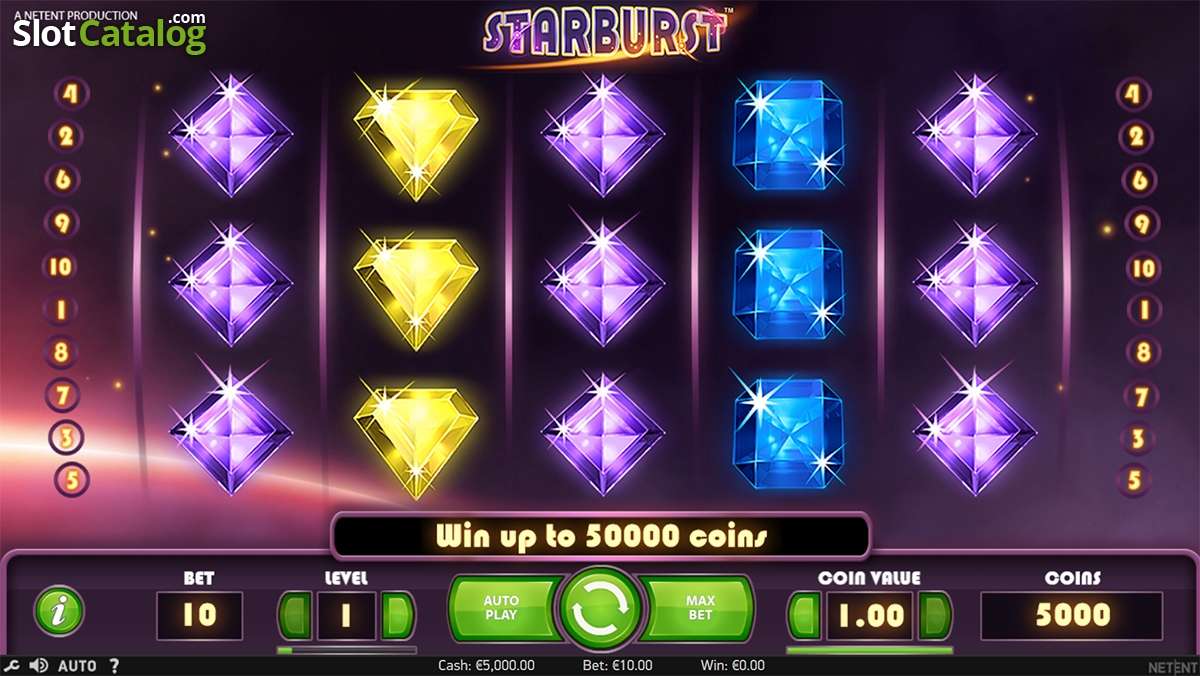 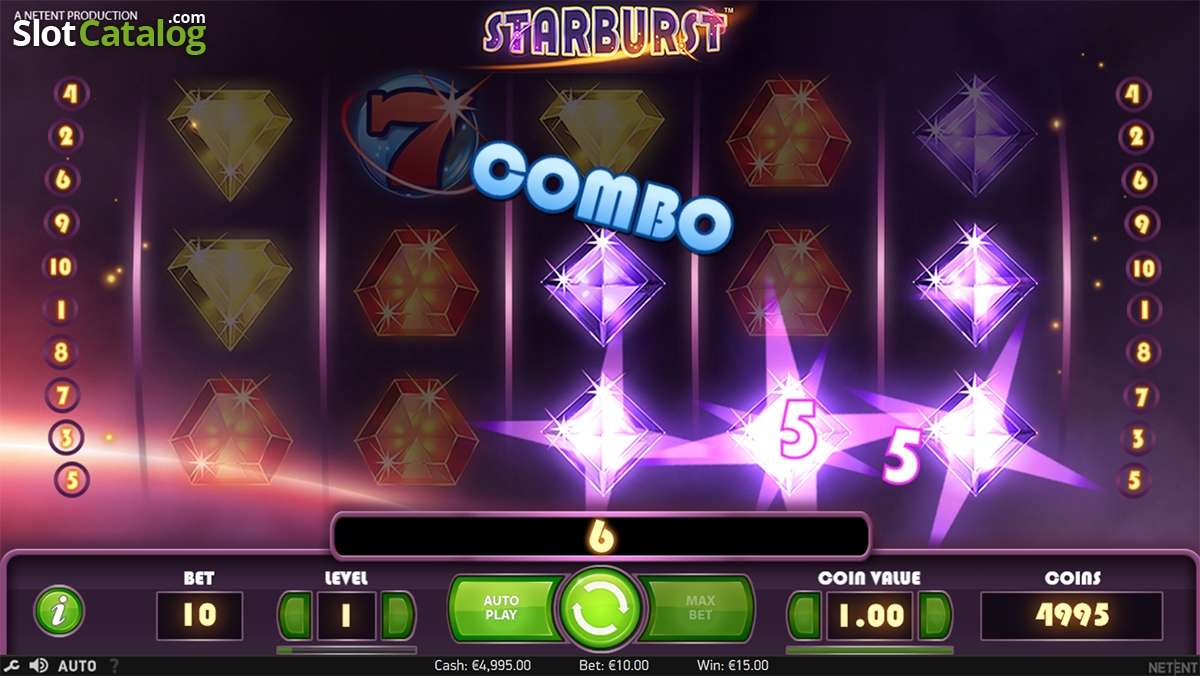 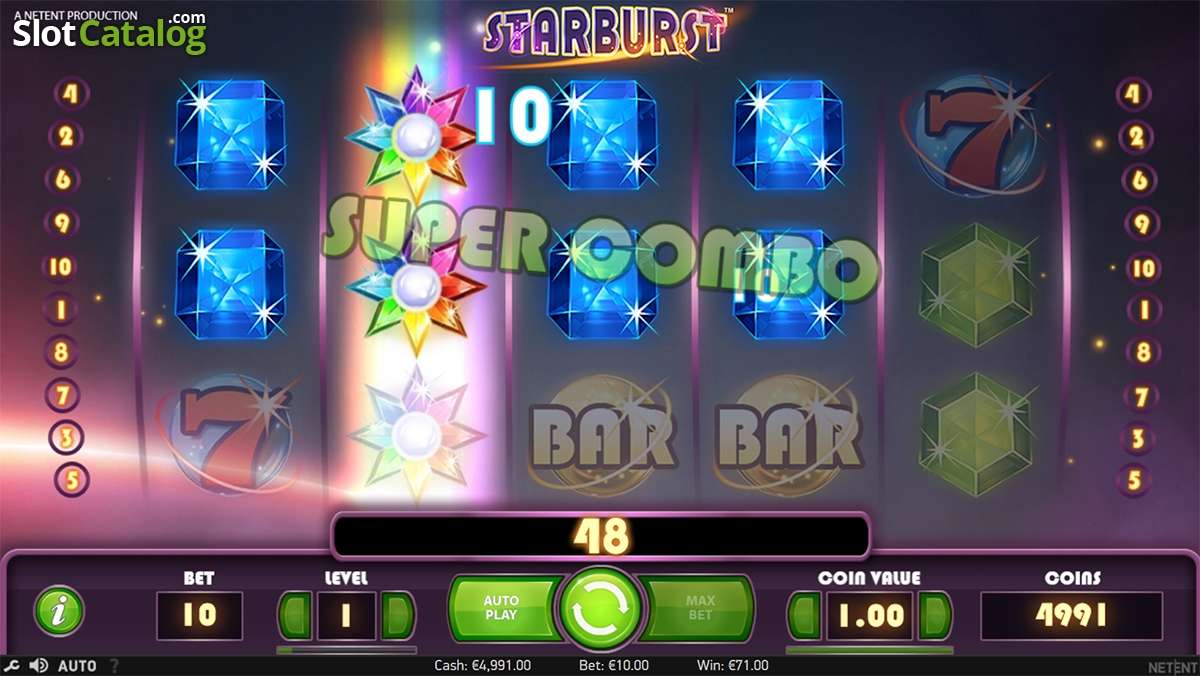 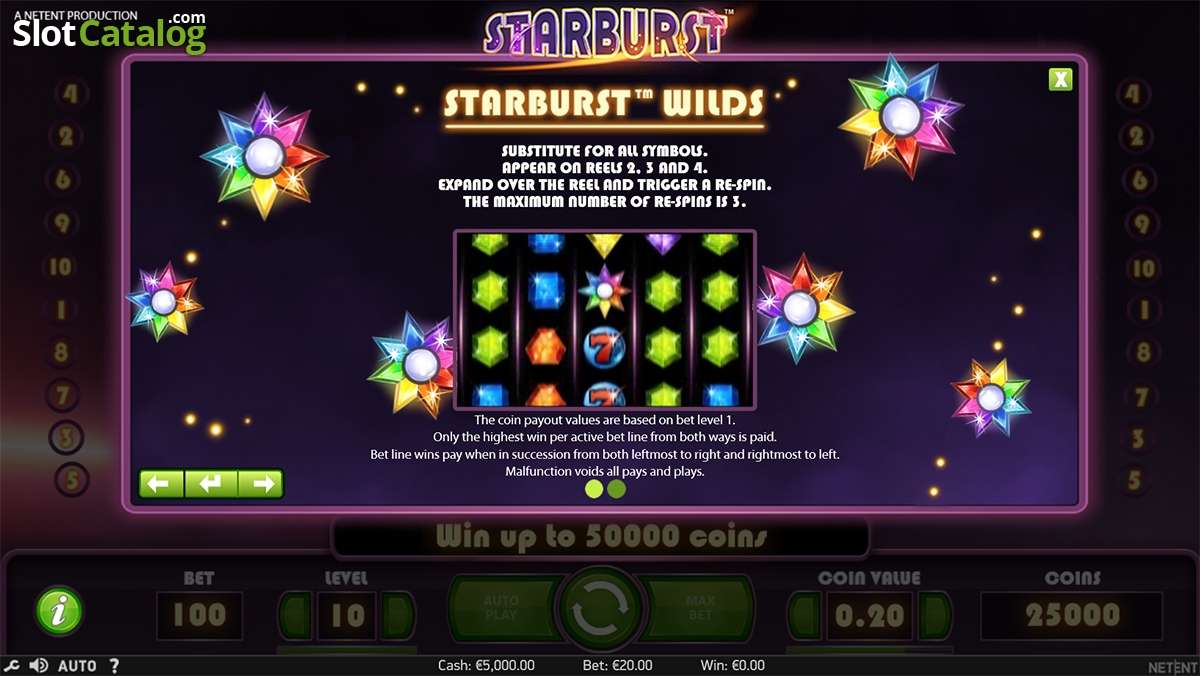 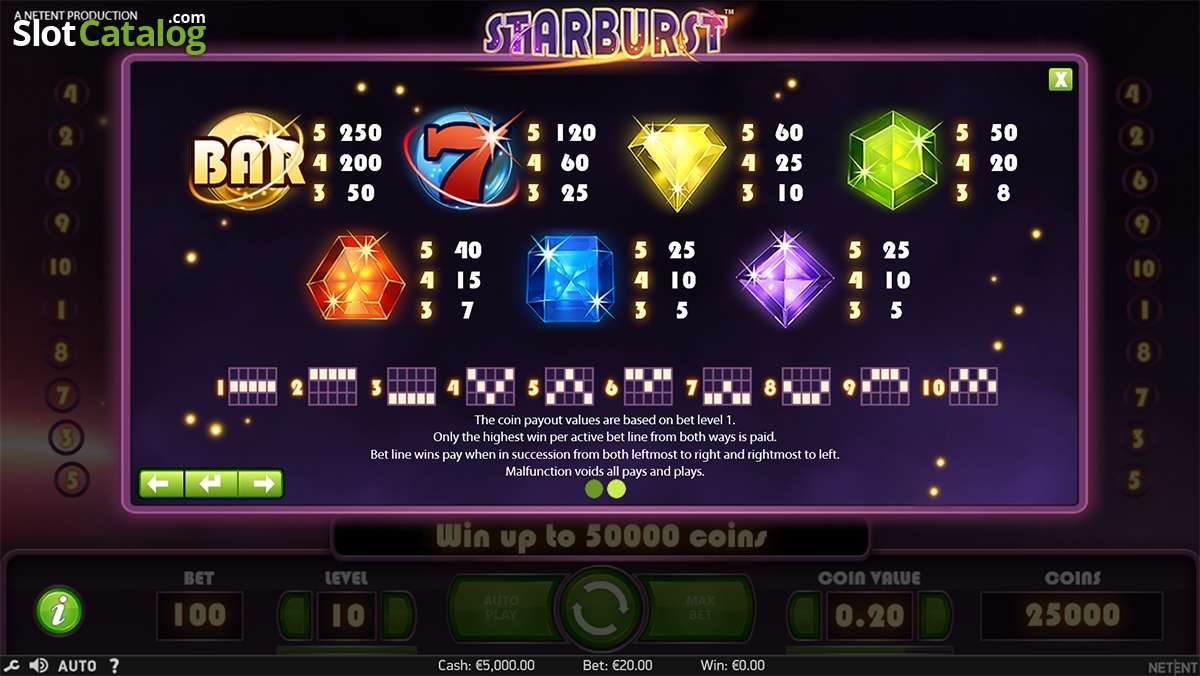 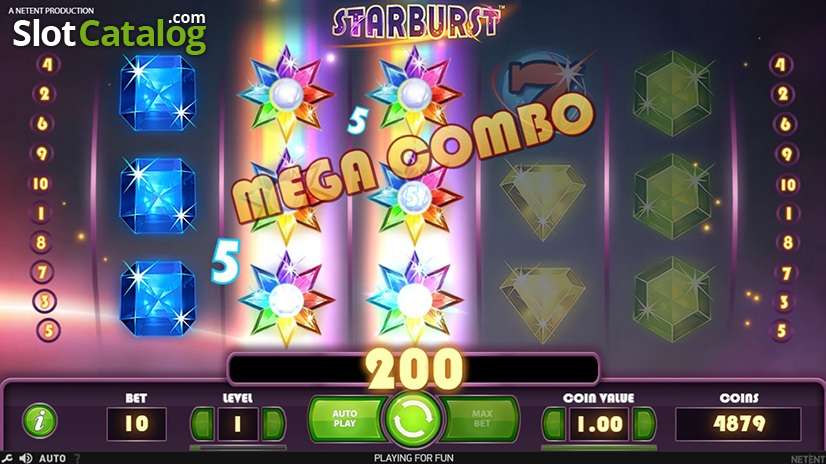 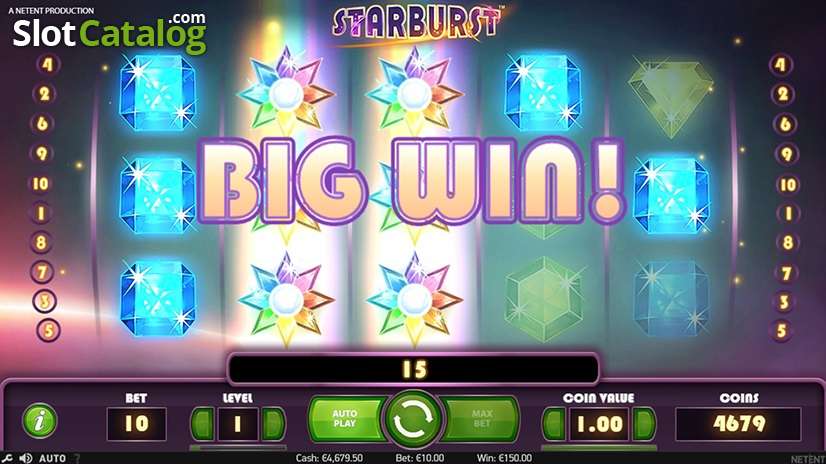 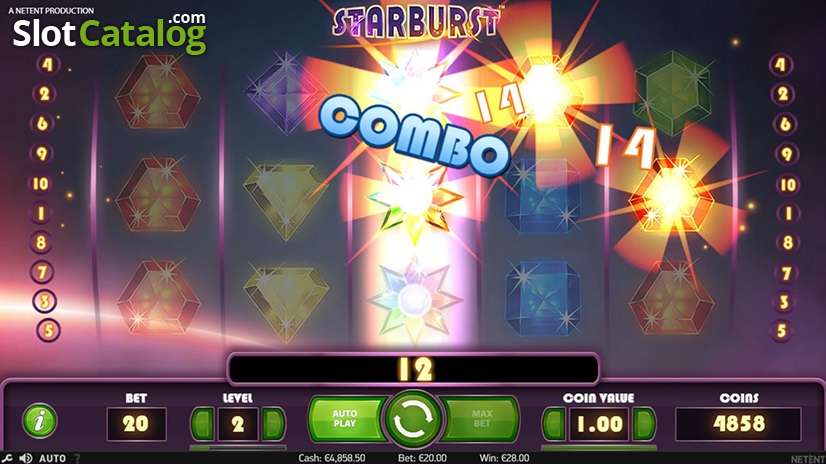 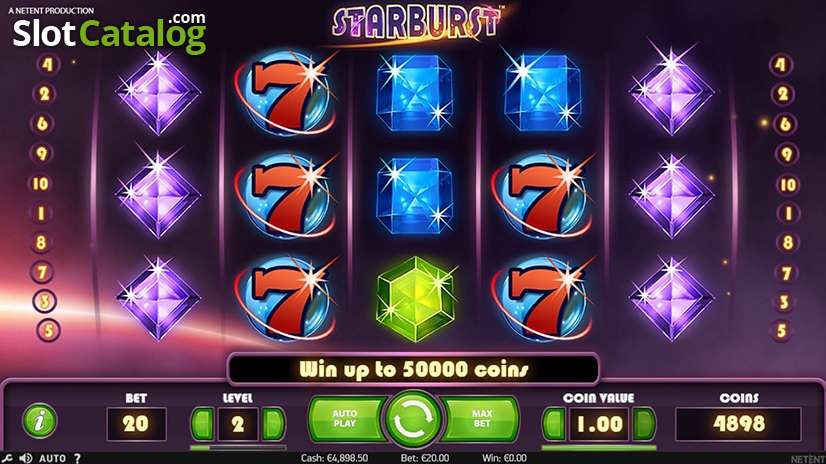