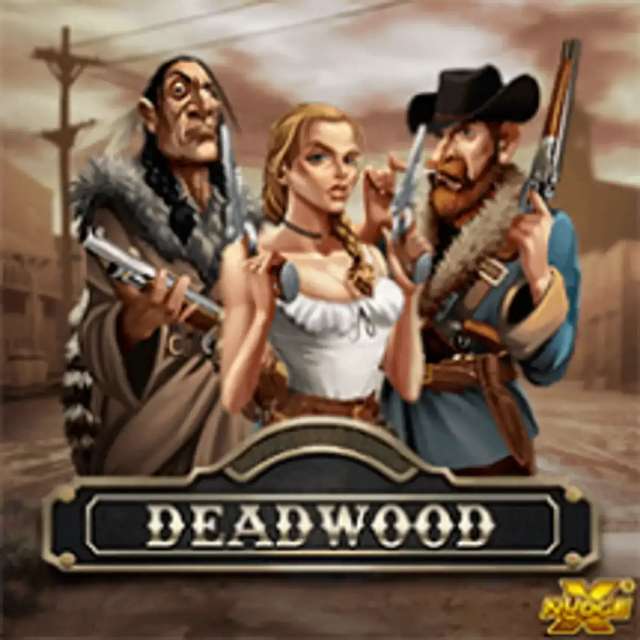 Based on the cult TV series, NoLimit City sends you on a trip back through time to South Dakota in 1876, shortly after the Battle of Little Bighorn. In this slot, whiskey bottles, gold prospectors, armed heroes, and more are waiting for you. The 3x4x4x4x3 slot with 576 paylines and an RTP of 96.06% offers a maximum payout of 13,950x and a massive chance for huge wins. You can bet from €0.20 to €100. Autospins can be set between 10 and 100 and you can enter a percentual win/loss limit.

The base game and free spins include three Wilds (blonde gunslinger heroine, gunslinger hero with black hat, and Native American). Depending on where they land on reels 2, 3, and 4, the multiplier increases by 1x with each step they need to fill the whole reel for that respective spin. The highest symbol in this slot is the gold bars.

A feature of the base game is the shootout. If you get the sheriff's star on reels 1 and 5, all low-value symbols become Wilds.

What you can expect in the free spins of Deadwood™

Free spins are triggered by three Scatters (bull's skull) on reels 2, 3, and 4.  You can then choose between eight gunslinger and eight hunter spins.

If Wilds land on the reels, they increase the multiplier by 1x with each step until the reel is filled. The multiplier has no upper limit and stays for the remaining spins. If the sheriff's star lands on reel 1 or 5, another spin is triggered. If both sheriff's stars appear during the gunslinger spins, they trigger the shootout for the remaining spins.

These special free spins are triggered when you land both sheriff's stars as well as the three main Scatters in the base game. You get 10 spins in one of the two modes (hunter spins or gunslinger spins). During these spins, low-value symbols on the middle reel become Wilds.

This casino doesn't offer real money gambling or the possibility to win real money. This product is intended for entertainment purposes only for persons 18 years of age and older.
© 2021 OUSLY GAMES GmbH
2.1.2 | production | live