Download on the
App Store
GET IT ON
Google Play 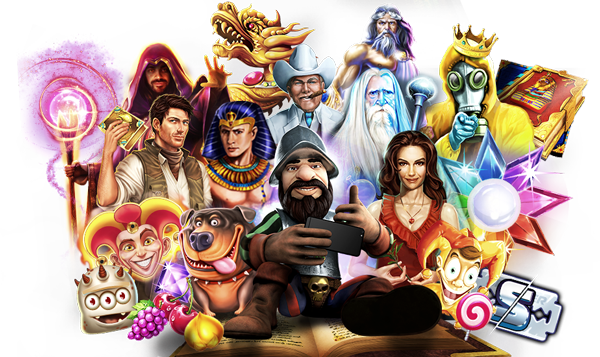 The Pay Table is found in a different place on every slot and provides players with an overview of the slot. This is where the player can find out more about the game instructions, bonus features, symbol values, paylines, RTP, etc.

Clicking the "Autoplay" button allows the game to run automatically. You can set the desired number of spins and many slots also feature advanced autoplay options for setting win and loss limits or for halting when reaching a bonus feature.

SpinArena offers many bonuses, including XP Boosters, Coin Boosters, and free spins on the Lucky Wheel. Of course, there's also a welcome bonus that's awarded in the form of Coins after registration.

Slots with a free spin feature require so-called Scatters to activate the feature. The number of Scatters needed to land on the reels varies from one online slot to the next. Generally, the chances of winning are significantly higher during free spins.

The SpinArena in-game shop allows players to purchase Coins. Payment is settled directly via spinarena.net, Google Play, or Apple Store. There is a variety of payment methods available, such as credit card, PayPal, and mobile bill.

Feature buys allow players to buy their way into bonus rounds/free spins with a click.

Feature buys are nowadays available on many slots and are primarily found on Megaways Slots. The White Rabbit slot from Big Time Gaming was the first to offer this feature. Other game developers followed the example and have since developed their own feature buys and bonus passes. These are relatively simple. All the player must do is buy the bonus for a set amount of the bet to directly access free spins. The set amount varies from slot to slot.

A payline is a line that includes the right combination of specific symbols that allows a win. If a slot has, for example, 20 paylines, there are 20 combinations that lead to a win. Some slots have up to 243 paylines (3–5 reels) that can be built from right to left, diagonally or another way. Other slots, such as those from Megaways Slots, extend this up to 117,649 paylines, while lines of slots from Infinity Slots are unlimited.

An active payline is a payline activated in the game and which issues a payout when it includes a winning combination. Slots with multiple paylines often allow players to set how many of them should be activated for a spin.

A High Roller is a player who plays for big bets. They are also called High-Limit Gamblers.

These slots offer a jackpot. A jackpot is a major prize. The following slots are just some of those on SpinArena that offer a jackpot: Golden Nights, Respin of Amun-Re, Red Hot Fire, pickpot.

The amount of a fixed jackpot always remains the same, regardless of how often it's won or how many players there are.

These slots are designed like the slots that have existed in normal casinos for decades. They have only three reels and one payline. They resemble the classic slots with fruit symbols that originally appeared in Las Vegas, which is why they are called Las Vegas Slots.

Fruit Slots are very similar to the classic slots but differ a little in how they have several features.

Infinity Slots are slots with an unlimited number of paylines.

Modern slots have many paylines and numerous winning combinations. They also have appealing graphics, impressive animations, and a range of bonus features. Many of these slots also have an animated introduction when starting the game.

Megaways are special slots originally developed by Big Time Gaming. These slots use the random reel modifier system. In contrast to classic slots, Megaways Slots have at least six reels that can each activate up to seven different winning symbols. Basically, every possible symbol can appear in any reel – regardless of the position it which it's displayed – so long as they are symbols of the same kind that repeat on the adjacent reels. The number of symbols on each reel is then multiplied with the adjacent ones. If seven symbols are displayed on all reels, the player has 117,649 paylines for that spin.

The Max Bet is the maximum amount that a player can place on online slots. This varies from slot to slot. Players can also decide whether they want to place the maximum on all lines.

Bet Per Line is the amount placed on each active line. This is multiplied with the number of active paylines, which vary from slot to slot and can also be manually adjusted at will on many slots.

The Minimum Bet is the smallest amount that can be bet on a slot.

The Coin value is freely set by players and defines the bet played per round.

The Scatter symbol is one of the most important symbols that can appear on a slot's reels. Scatters trigger lucrative features (mainly free spins and bonus games) and offer the chance to multiply the total bet. If the slot has multipliers, massive winnings can be achieved. Scatters don't often appear in a game and don't have to land on a payline for all slots.

This is a unique search feature in the iGaming scene. We designed the technology to allow you to search for every kind of slot on SpinArena, based on different criteria. The slot finder is available for use on both the SpinArena™ website and app.

A Social Casino is an online casino in which virtual currency is used instead of real money. No payment is required, but you can purchase additional virtual currency and other special offers and content.

Tight slots are slots with an RTP lower than 94%.

Volatility in slots refers to the risk assumed by a player when playing a slot. It is used to describe how often and in what scope a person can expect a win. High volatility means that you can achieve very high wins that are, however, paid out seldomly. Low or medium volatility means that wins are paid out more often but are usually lower.

The word "reel" has its origins in the construction of the first slots, which were made of metal, slim, and featured spinning reels. Slot reels display the symbols found in that slot. There are different types of slots with different numbers of reels. When the reels spin there is a chance of achieving a winning combination and triggering a win.

These reels are not normal reels that spin. In this type of slot, the symbols fall from above.

Wild symbols are similar to joker cards. They are very popular among players because they can appear on the reels at any time and replace all other symbols in the game, with the exception of Scatters. Wilds can achieve huge wins when they complete a payline combination. In some slots, combinations of Wilds, so-called Wild lines, can allow very large wins. In some slots, Wilds additionally feature multipliers.

A Hit is usually a high win with a spin or in free spins.

Dead Spins are spins in which no win is achieved.

RIP means that a player's balance reaches zero and they "die". It is often also used when free spins end without a big win.

The nickname for the "Who Wants to Be a Millionaire" slot, derived from the name of the show's presenter Günther Jauch.

Seaweed is a symbol from one of the most well-known slots Razor Shark. The term was coined by the streamer Knossi.